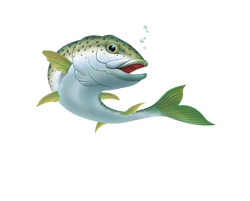 Already in the late seventies showed the two Danish doctors Bang Dyer Mountain that the Eskimos in Greenland had on average better health than the Danish population, because of their high fish consumption. * For those who have little or no fish eats, the use of a supplement with omega-3 fatty acids a useful option to have an adequate intake of these beneficial substances assured. Ideally, the diet provides the right balance between omega-3 and omega-6 fatty acids (a group of vegetable fatty acids). According to experts, 1: 4, the optimum ratio of omega-3 and omega-6.

Good for the heart, brains and eyesight
EPA and DHA have several beneficial effects. An intake of 200 mg of DHA per day, contribute to the normal development of the brains, eyes and eyesight of babies and younger children. In adults, a consumption of 250 mg of DHA contributes to the maintenance of a normal brain and heart function.

PureMax ™ marking accordingly ensures among other things that:

*) Stands for CRN Council for Responsible Nutrition, a large and well-respected industry association of manufacturers of dietary supplements in the United States. Related items selected especially for you