Each capsule of Bio-Marine Mother & Child contains 1000 mg of fish oil in a steady, natural triglycerides shape, with a high concentration of the essential omega-3 fatty acids EPA and DHA. The capsules are made of fish gelatine, the natural "packing" for the fish oil. This is also a great benefit for those who prefer not to consume beef or pork gelatin.

Bio-Marine Mother & Child is a fish oil preparation for daily use. Because the fatty acids have the natural form of triglycerides, they can also be squeezed out of the capsule and, for example, be mixed by porridge - the lemon flavor to mask the taste of fish sufficient - for children who have difficulty swallowing (no capsules, the capsules of the ordinary Bio-Marine must be swallowed in order to prevent that the free fatty acids stimulate the throat) in their entirety.
A second advantage is that the fish oil-based triglycerides in Bio-Marine can be, Mother & Child cheaply making it to use a daily fish oil supplement high quality without too great a drain on families with children more feasible is the household budget. 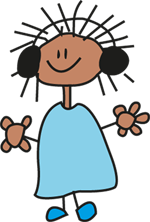 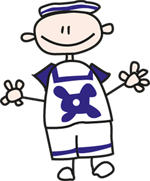 What are omega-3 fatty acids?
The omega-3 fatty acids are a group of essential polyunsaturated fatty acids typically found in fish, with the richest sources of fatty fish such as herring, salmon and mackerel. Two of the most important omega-3 fatty acids are eicosapentaenoic acid (EPA) and docosahexaenoic acid (DHA). Already in the late seventies showed the two Danish doctors Bang Dyer Mountain that the Eskimos in Greenland had on average better health than the Danish population, due to their consumption of fish and marine mammals. Children who do not eat fish, fatty acids still sufficient intake of these beneficial substances. Using a supplement containing omega-3 Ideally, the diet provides the right balance between omega-3 and omega-6 fatty acids (a group of vegetable fatty acids). According to experts, 1: 4, the optimum ratio of omega-3 and omega-6.

EPA and DHA have several beneficial effects. An intake of 200 mg of DHA per day, contribute to the normal development of the brains, eyes and eyesight of babies and younger children. In adults, a consumption of 250 mg of DHA contributes to the maintenance of a normal brain and heart function.

A high daily intake of omega-3 fatty acids has a thinning effect on the blood because it complicates the coagulation. In some cases, this is beneficial, in other unfavorable - for example, in connection with surgical procedures.

Fish oil with no fishy taste 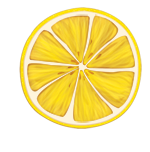 Some children do not like a fishy taste. For them it is pleasing that Bio-Marine Mother & Child has a pleasant lemon flavor. The capsules can be swallowed in their entirety. They may also be chewed or squeezed to the contents porridge or yoghurt mix. The lemon flavor helps to prevent. Unpleasant burping a fishy taste