Like other vitamins, vitamin D is of great importance. There are several forms, but the two main ones are D2 (ergocalciferol) and D3 (cholecalciferol). Vitamin D3 is the form that is synthesized in the skin from cholesterol when we exposed to sufficient sunlight, or a similar form of UV radiation.

Vitamin D from sunlight is an effective resource, but only works when the sun is high in the sky. In the Netherlands, the sun only between 11 am and 3 pm in the months between April and September, strong enough to create the necessary amount of vitamin D3 in the skin.
Vitamin D2 we only get from food. Some fungi and plants make D2 under the influence of ultraviolet light. Both vitamin D2 and D3 should then be activated in the liver and kidneys in order to be biologically active.

Researchers long believed that both forms of the vitamin were equally effective. However, it has been found that vitamin D3, depending on the measurement method, 56 to 87% is more effective than vitamin D2 when it comes to increase in the vitamin D content in the blood. Moreover, D3 is three times as effective as D2 stored in fatty tissue. * 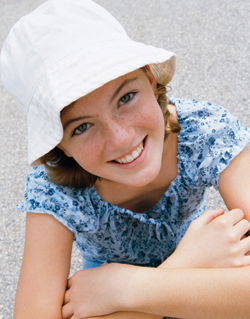 Children and the elderly in institutions have more vitamin D than average adults.

Vitamindesk will soon be moving to Bik-Bik online. Together we stand for quality, service and knowledge. Knowing more? Bik-Bik.nl/vitaminedesk

This product has a longer delivery time
€ 15,37